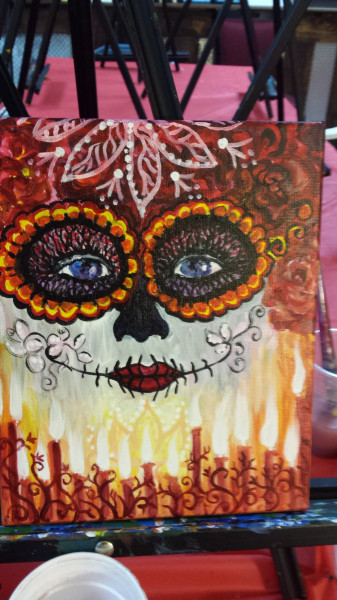 Just realizing I have been truly neglecting the blog this year... because there have been lots of happy and art-y things going on! I now have a local art studio where we have a lot of fun creating... come visit! Meanwhile, here are a few pics I've done recently. 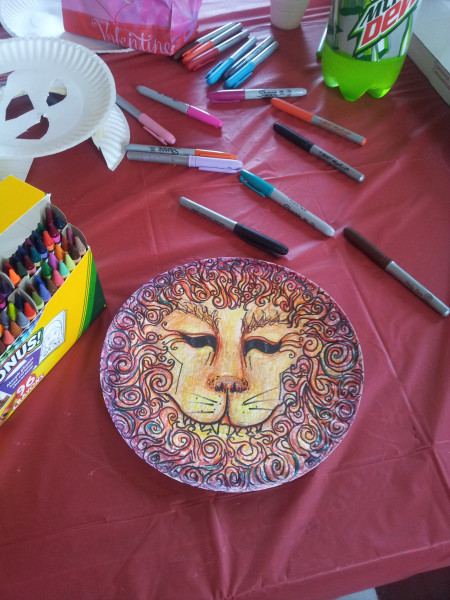 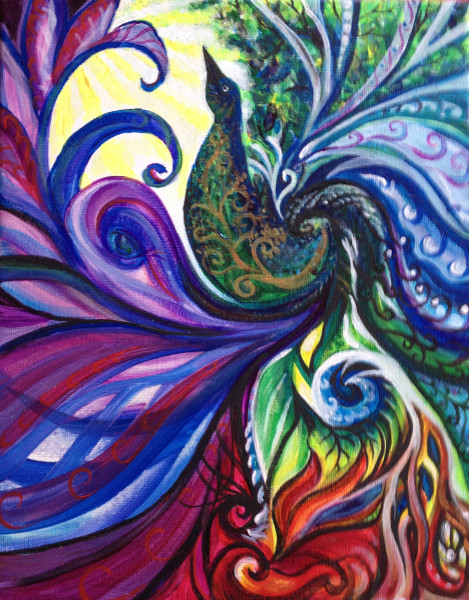 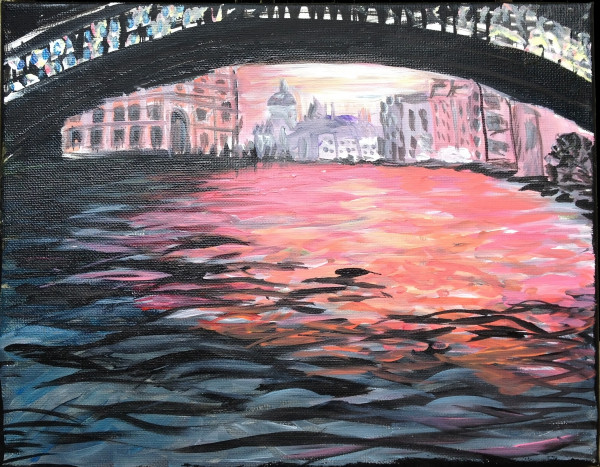 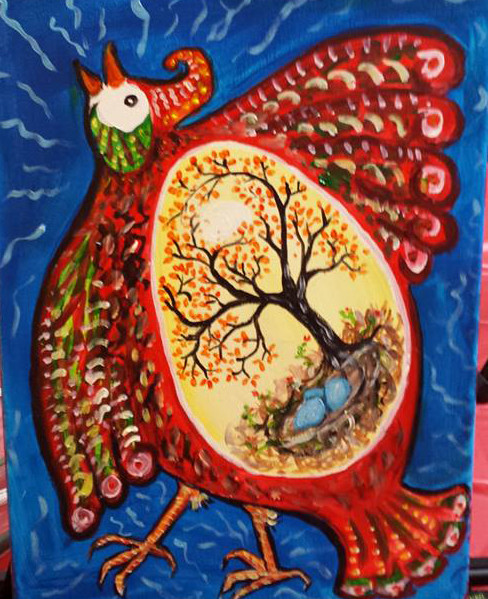 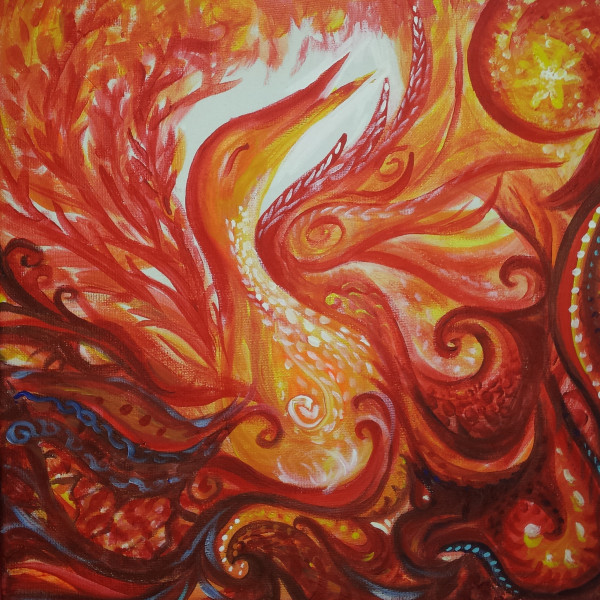 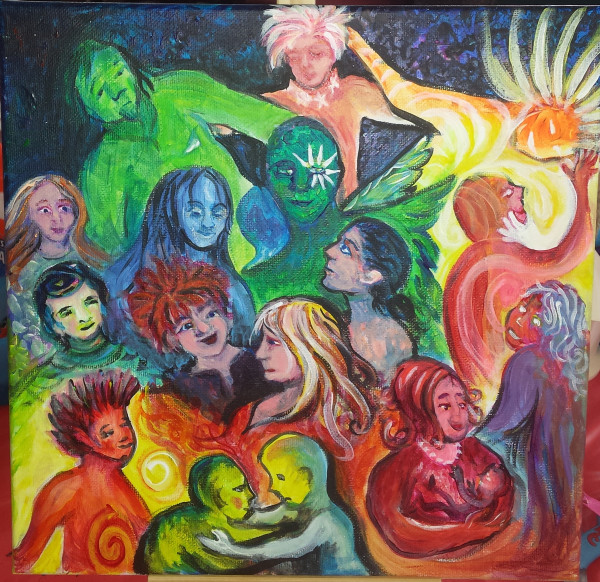 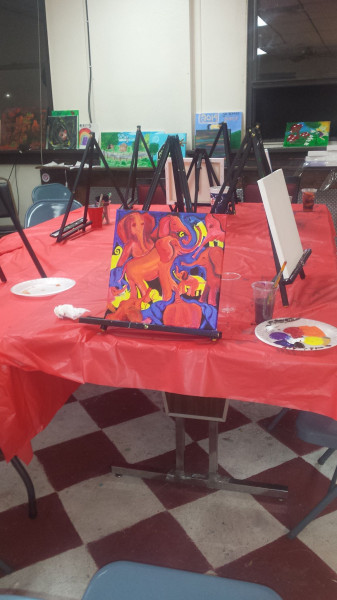 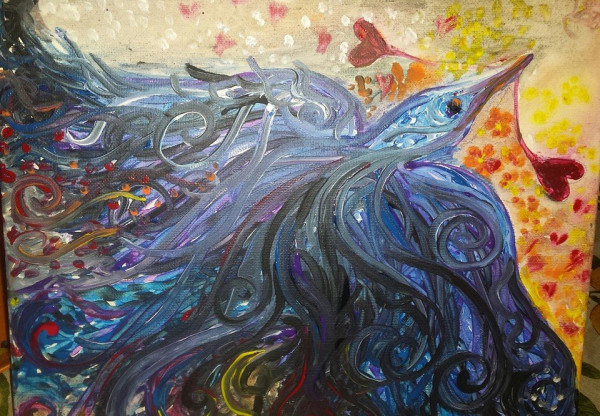 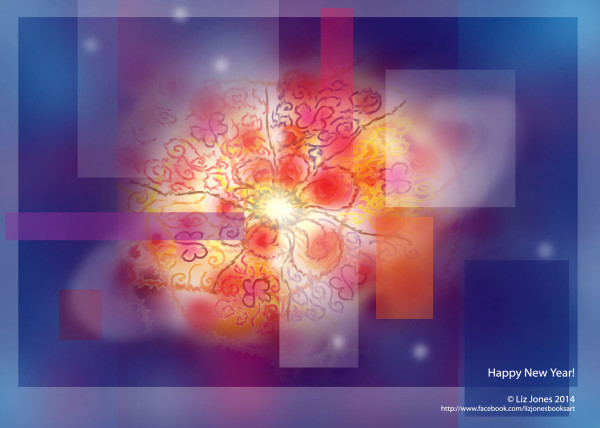 There's a lot to reflect on this New Year's Day-- I guess there always is, huh? It's been a pretty amazing year, culminating in my opening an art studio in Connellsville, PA this fall and winter. I'm still trying to catch my breath... but very happy. Hope you're having a wonderful start to 2014, wherever you are!

ETA by way of explanation: image was prompted by a group doing a mandala a day for the first 12 days of the year. Not sure I'm going to have time for that, realistically, but I figured I could do one. In creating this, I was thinking about how hazy past and future seem, how hard it can be to connect where we are now into the grand trajectory of our lives. Trends and epiphanies bubble to the surface-- some you can make out, some you can't. How different moods color our days as we reflect, through a dark glass, always. Maybe this is my version of

The “Next Big Thing” is a global blog tour to showcase authors and illustrators across the globe and their current work. I was tagged by the incomparable Pittsburgh writer, Sally Hobart Alexander, who's written many books for children and young adults about the experience of blindness, most recently She Touched the World-- Laura Bridgman, Deaf-Blind Pioneer.


1. What is the working title of your next book?
Celestial Jugglers

2. Where did the idea come from for this book?
People who were reading this blog way back in 2007 might remember this image, which I did for the Illustration Friday prompt "Jugglers". I am a total astronomy buff, and the idea of orbits as a sort of juggling was irresistible to me-- and there are many jugglers in space! The sun juggles planets, planets juggle moons... galaxies juggle stars. I really enjoyed working on this picture, and thought there might be a book in it somewhere... 3. What genre is the book?
This is a nonfiction picture book. There are verses on each page which a parent could read to a younger child, and for older ones reading on their own, there are more detailed notes about the planets and moons, as well as one weird fact about each system! There will be a list of additional resources for the curious at the end as well... of course. ;o)

4. What actors would I choose to play the characters in a movie?
To play these guys? 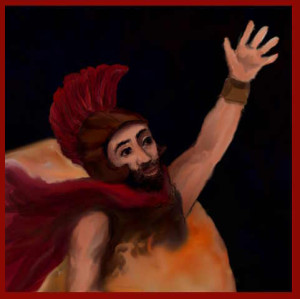 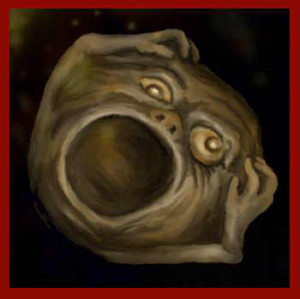 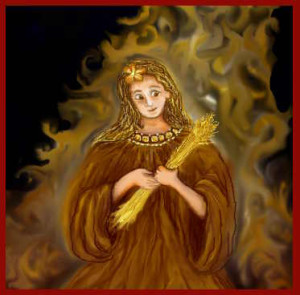 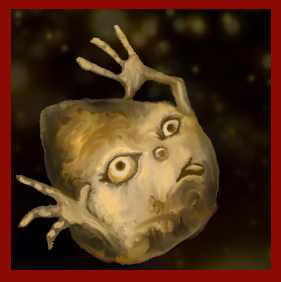 (These are some close ups from the Mars spread--  Mars, Phobos,Ceres, and Deimos)

So who wants to be a planet? Hmmmm....
Maybe Violet Beauregard, post illicit gum-feast?

Botticelli's Venus on the Half Shell is the obvious influence for my Venus, so an actress who resembled her would be a good choice!

5. What is the one-sentence synopsis of the book?
Learn about orbits from the sun to the planets and moons, and the whole way out to the Milky Way!

6. Who is publishing your book?
If I'd decided to just submit the words, someone might be holding it right now, but I really wanted to do the illustrations for this one! I should have it out shopping around by the end of the summer.

7. How long did it take to write your draft?
I wrote it in bits and pieces over a couple months. Writer and scientist extraordinaire Fred Bortz has very kindly offered to fact check it for me, so I plan to edit at least one more time based on his critique!

8. What books would you compare yours to?
Hmmm.... well, it has more of a focus on mythology than Seymour Simon's gorgeous Our Solar System,

and a lot more astronomy than my childhood favorite, D'Aulaires' Book of Greek Myths.

Both of these were very strong influences as I thought about where I wanted to go with this idea.

9. Who or what inspired you to write this book?
I've always loved painting night skies and mythical creatures... the Illo Friday prompt really solidified this idea for me, though. Illustration Friday has been an amazing source for book ideas for me over the years!

10. What else about the book might pique a reader’s interest?
As I was doing the research for the story, I came across many strange facts-- and I included one on each page!

Thanks for stopping by for a chat!

Sometime around August 5th, be sure to check out my friend Jeannine Garsee's post for the Next Big Thing Blog Tour! http://onegrapeshy.livejournal.com/ 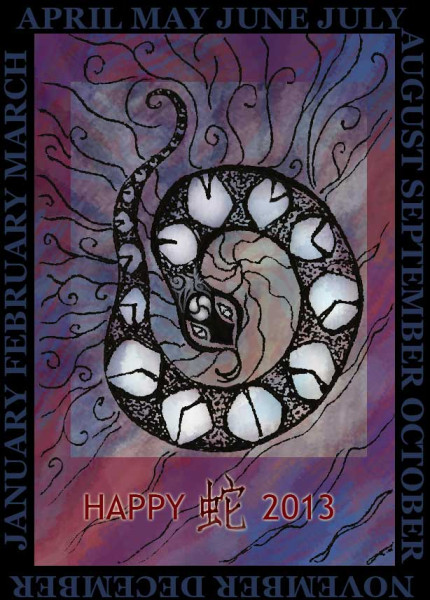 When I started doing Illustration Friday, back in 2005, it was a playful exercise rather than finished work. Over the years, I've gotten more finicky about what I put up here, but today I decided to go back to my roots, and just have fun with it. So the picture above started out looking like this: ...which made me happy at the time because I was using the mouse to do shading, which is kind of hard.
But as a whole, the composition was a bit boring, right? So definitely something I could have a bit of fun with.

Tonight I'm back to using the mouse to color, because my wacom pen is awol. I may print this out and go back with actual paint to do some detail work later... but my printer is out of at least four types of ink. (and it won't shut up about it, either-- aargh!) 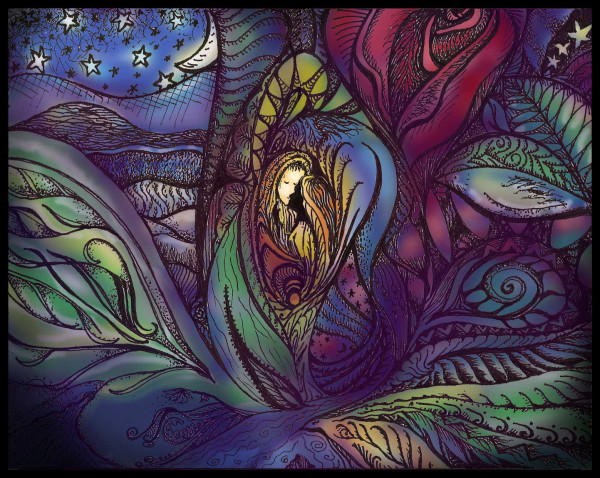 So wings is pretty much irresistible for me, as topics go. Conveniently... there might be some here. 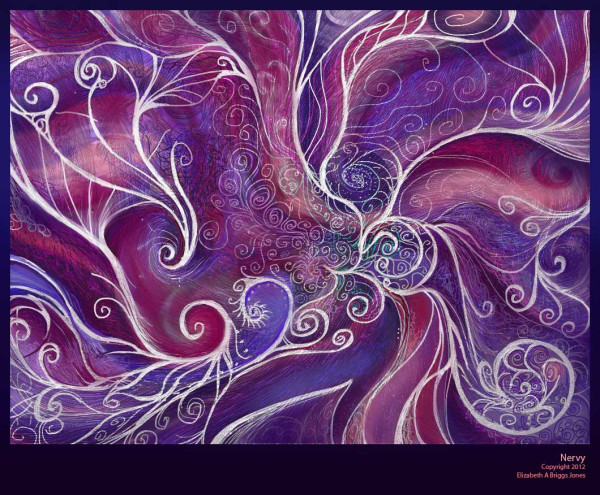 Nerves can be stretchy things.

Fortunately for all of us. 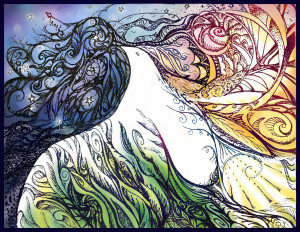 $25 per digital print, plus shipping, payable via paypal. Message me to place order.
Happy Shopping! :D

Can't wait to nominate my picks... but not sure whether I'll be up in time to get dibs on my first few, since 12AM Pacific is 3 AM here!